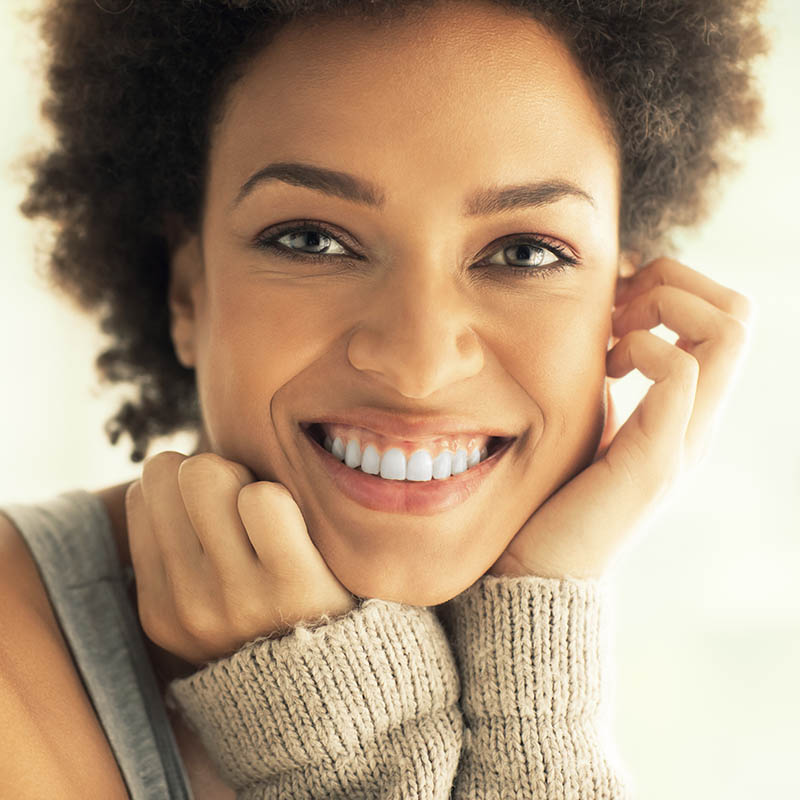 It’s the first thing people notice about you — and when you feel good about it, it shows. And when it comes to whitening, like with everything having to do with your smile, your dentist is your best resource.

Teeth are stained by the foods and drinks we consume.
Smoking further stains teeth and the natural bright, white shade becomes darkened. Teeth whitening is a successful and simple method of lightening the color of your teeth. The degree of whiteness achieved will vary from patient to patient and with the type of bleaching process chosen.

Our dentists use a hydrogen peroxide-based whitening gel to whiten your teeth. The materials used are medically graded (tested and manufactured to the same standard as prescription medicines). There are very few side effects and the structure of teeth is not changed or damaged in any way. It merely makes them sparkle!
Current legislation requires that tooth whitening can only be delivered by a qualified registered dental professional and is not available to clients under the age of 18.

Is Teeth Whitening for me?

Many teeth whitening systems and products are available, including whitening toothpaste, over-the-counter gels, rinses, strips, trays, and whitening products obtained from a dentist.
Teeth whitening is ideal for people who have healthy, unrestored teeth (no fillings) and gums. Individuals with yellow tones to their teeth respond best. But this cosmetic procedure is not recommended for everyone.

Whitening gels are clear, peroxide-based gels applied with a small brush directly to the surface of your teeth. Instructions generally call for twice a day application for 14 days. Initial results are seen in a few days and final results are sustained for about four months.

Whitening strips are very thin, virtually invisible strips that are coated with a peroxide-based whitening gel. The strips are applied twice daily for 30 minutes for 14 days. Initial results are seen in a few days and final results are sustained for about four months.

Among the newest whitening products available are whitening rinses. Like most mouthwashes, they freshen breath and help reduce dental plaque and gum disease. But these products also include ingredients, such as hydrogen peroxide, which whiten teeth. Manufacturers say it may take 12 weeks to see results. You just swish them around in your mouth for 60 seconds twice a day before brushing your teeth. However, some experts say that rinses may not be as effective as other over-the-counter whitening products. Because a whitening rinse is only in contact with the teeth for such a short time — just two minutes a day compared to 30 minutes for many strips — it may have less of an effect.

Tray-based tooth whitening systems, purchased either over-the-counter or from a dentist, involve filling a mouth guard-like tray with a gel whitening solution — which contains a peroxide-bleaching agent. The tray is worn for a period of time, generally from a couple of hours a day to every day during the night for up to four weeks and even longer (depending on the degree of discoloration and desired level of whitening).